Use The Compound Effect To Win In Life and Business

In my entrepreneurial adventures, I’ve fallen flat on my face quite a few times.

But I’ve come to a realization.

There’s a compound effect in everything.

I like to say that everything builds upon itself over time.

Your job skills and good habits? They compound and build on themselves.

That mistake I made in business?

Won’t do that again! My knowledge compounds and builds on itself.

Successful entrepreneur James Altucher talks about getting 1% better every day.

Steph Smith, one of the key employees at The Hustle that sold for $20M to Hubspot, wrote this post.

Her idea is that you just need to be good repeatedly to be great.

I see this as another form of the compound effect.

I’ll also share ideas from other business leaders and influential thought leaders as we carry on.

The Compound Effect by Darren Hardy

This article is not a book summary, but it’s a great self-help book so let’s cover a few of its essential ideas.

Darren Hardy said, “you won’t change your life until you change something you do daily. The secret is found in your daily routine.“

Or the idea that “it’s not the big things that add up in the end; it’s the hundreds, thousands, or millions of little things that separate the ordinary from the extraordinary.”

Or one of my favorites: “Small, Smart Choices + Consistency + Time = Radical Difference.”

I think you can see the idea of the compound effect all over these ideas.

Kick your worst habits, and you can start to make a difference.

Related Reading: Benefits of Having a Mentor – Read More Here.

The Compound Effect is Throughout my Projects and Work

Back in 2011, I launched a website named The Southern Investor.

I didn’t know about SEO and very little about site-building.

I hired a website developer to build the site and logo.

All I did was write a handful of articles about real estate business deals that we did (a few of those articles remain in this site’s archives).

Since then, I’ve built more than a dozen websites.

This gave me some solid tech experience.

I was using the compound effect, and I didn’t even realize it.

This site launched in 2013 but only acted as an online business card.

In 2019, I got serious about learning SEO and wanted to grow its traffic.

I kept improving my good habits over time.

Now the site is making a full-time income on its own.

And it’s because I kept getting 1% better and building my knowledge on itself.

And I will continue to improve.

The more I study successful leaders, the more I find the ideas of the compound effect.

Let’s share some more of these compound effect stories.

Here are a few more examples that include some unique success strategies.

Will Smith Had a Compound Effect Story.

Will Smith told a story in the beginning of his autobiography (before he slapped Chris Rock).

It was about how his dad made him build this giant brick wall as a young kid.

The task seemed impossible (have you ever tried building a wall brick by brick?)

But he kept at it, day after day.

But then, one day months later, Will placed the final brick.

His father taught him the lesson of steady, continual work towards a goal.

It seems impossible in the beginning.

But in the end, you have an entire wall.

Look at what can happen with consistent effort over time!

The Compound Effect with James Clear

He describes how the British cycling team was terrible and then went on to become champions and win race after race.

How did they do this?

You guessed it — by using the compound effect.

They made marginal gains, got 1% better, and kept improving.

Bike seats, types of clothing, handlebars, the mattresses they slept on.

All of these things were measured and improved upon based on data.

To improve all of these at once?

But to use the compound effect and keep improving?

That’s exactly what they did, and it paid off.

Great book, by the way — I recommend having a read.

Related Reading: Top Traits Of An Entrepreneur – Click Here To Find Out.

How We’ve Used The Compound Effect in Our Businesses

Another example is our brand, The Mobile Rundown.

It’s ten years old, but it started as just an email to some friends.

Then we added a website (which I had learned how to do from my compounding experience!)

Using The Compound Effect To Expand

After being a digital brand for over five years, we decided to try a print publication.

We had never created a print publication before (a new experience!)

We learned about print design, selling print ads, and distribution.

So much knowledge to add and build upon (compound effect put to work).

The publications went well and were based around local events.

We printed four quarterly publications until early 2020, when all events were canceled due to the pandemic.

We immediately halted the event publication.

But… We Had an Idea

There was a section reserved for a non-profit organization in our print publication, and it always sold out.

In fact, it was typically pre-sold.

So we thought, “why not create a stand-alone publication highlighting only non-profits in our area?”

And with that, Do Some Good Mobile was born.

Now, we didn’t know how it would go.

But we had the experience and confidence to produce the print publication.

We stacked our experience and allowed for the compounding effect to work its magic.

Using The Compound Effect to Amplify

It was a huge success; we just completed our 4th annual publication.

In year 1, it was just a magazine.

By year 4, it included the magazine and video interviews that were turned into podcast episodes and video embeds on our blog.

Why were we able to do this?

Our knowledge builds upon itself.

We got 1% better and compounded our efforts.

It’s taken me a dozen years to realize that this effect is happening.

Well, because it’s a slow and steady process.

I once heard that people often overestimate what they can do in a year.

But they underestimate what they can get done in 5-10 years.

And I’m starting to realize this is true.

How To Make Daily Smart Choices

Each day, I decide on three major items that I’m going to accomplish during that day.

Three things that I can push forward.

Of course, I also get caught up in the day’s storm, reply to emails, and tackle unexpected ‘important’ items.

But I treat those three items as my True North of the day.

I focus on them, and if I can cross them off my list, then I’m getting 1% better.

I’m letting my actions build upon them.

Here are More Examples of How I’ve Done This

These are examples of using the compound effect in my life.

Building a personal brand >> affiliate partnerships >> SEO >> a blog as one of our income streams.

EVERYTHING BUILDS UPON ITSELF OVER TIME.

The Compound Effect Wrap Up

So what are you working on that has you frustrated?

Frustrated that you’re not making the gains you want.

Or you’re not moving the ball forward like you thought you would.

What you need to understand is that it’s happening.

The ball is moving forward.

Right before your very eyes.

Most successful entrepreneurs understand the compound effect and have patience when building their businesses.

Successful people in any aspect of life understand the compound effect.

While it seems like not much is happening, I can promise you that your root system is being developed

.  [Some bamboo trees are the fastest growing trees on the planet. But what you can’t see above the ground is the time the trees first spend developing their root systems to support the future growth above the earth].

Keep using the compound effect and getting 1% better daily, and know that your bamboo shoots are preparing to grow tall and high.

Related Reading: What Is A Vision Board – Learn How Does It Help In Meeting Goals.

What is meant by compound effect?


It’s about getting better. It’s making minor changes to improve over time. Getting 1% better every day. And then, one day, you wake up and realize you’ve made giant gains and improvements.

What is the compound effect formula?


There’s no math equation for the compound effect. But it’s very similar to how compound interest works for money. In the first few months or years, you seem to have minor gains. Then after 5, 10, or even 15 years of consistent effort, the improvements seem to jump dramatically. Seemingly happening overnight.

Is the compound effect a good book?

Yep, there’s a book about these exact strategies called The Compound Effect. It’s written by Darren Hardy, and it’s a great read. I highly recommend it. 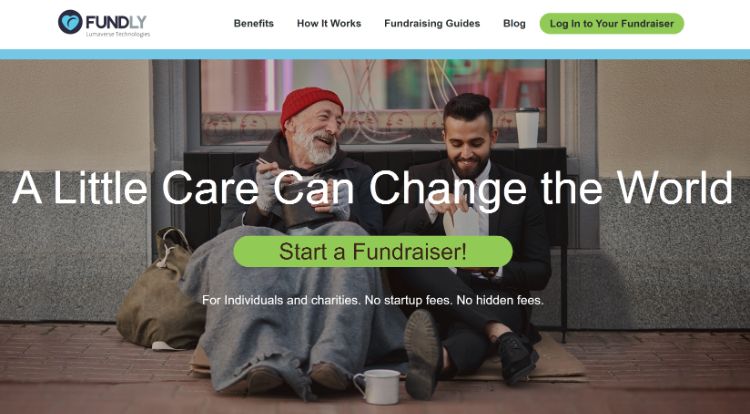 Kickstarter Alternatives You May Turn To In 2022

Kickstarter is one of the most popular financing platforms for creatives. Over 200,000 successful campaigns have been sponsored using the platform, which has helped entrepreneurs raise more than $6.2 billion.  Since its inception in 2009, Kickstarter has received... 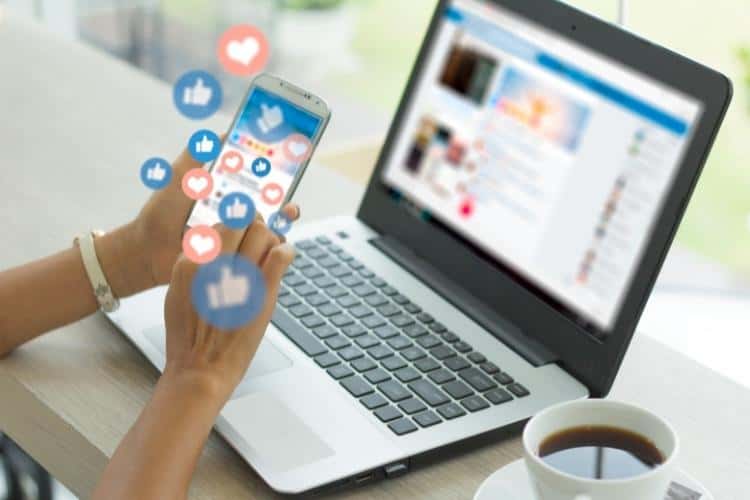 Side Hustles For Introverts: Jobs With Minimal Social Interactions

When you’re strapped for cash, you might want to consider picking up a side gig. Let’s say you’re the kind of person who prefers to keep to yourself. Then you might be interested in side hustles geared towards introverts. There are folks who have a personality that is... 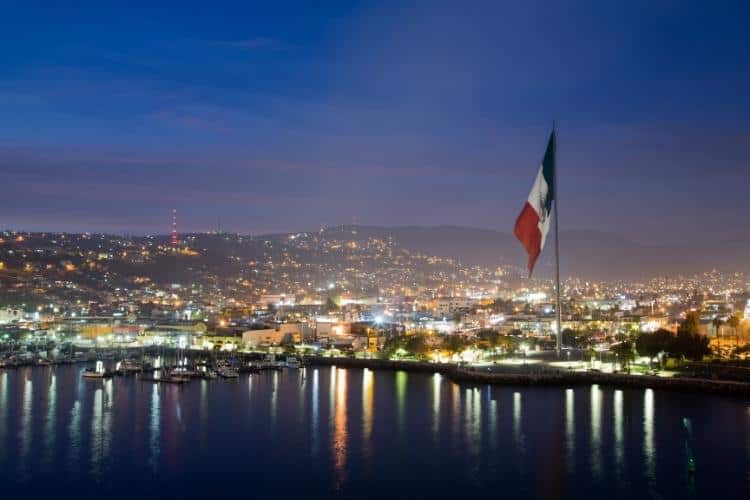 Where should you set your sights if you were to live in Mexico? Many travelers and wannabe immigrants are asking themselves this question.  It’s especially relevant in light of the US State Department’s Covid-19 travel warnings and security advisories for Mexico....